Recently, the "Global Printer Shipment Report for the First Quarter of 2022" was released. The report shows that global printer shipments in the first quarter of 2022 were 22.4 million units, down 12.3% year-on-year.

Shipments for the quarter fell 10.6% year over year to $9.7 billion. Manufacturing constraints and logistical issues remain the main reasons for the market decline.

In the first quarter of 2022, the overall printer market shipments were reported to decline due to supply chain impacts, chip shortages, and rising material prices. All regional fashions around the world experienced year-on-year contractions to varying degrees. Asia Pacific (excluding Japan and China) recorded the smallest decline at -0.4%, driven by strong demand for consumer and commercial models. Most countries have seen a slight recovery in shipments despite still facing supply shortages as their economies reopened. 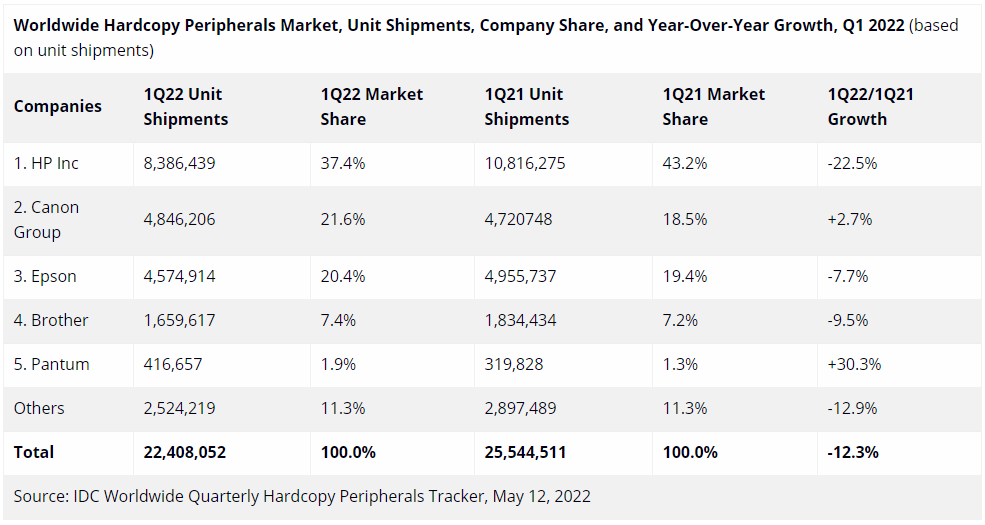 During the quarter, the top five brands by shipments were HP, Canon, Epson, Brother and Pantum. Among them, Canon had the highest year-on-year growth of 2.7%, reaching nearly 4.9 million units. This was due to the double-digit growth in the brand's inkjet devices, especially in the sub-$100 price segment.

Be the first to know about our latest products.